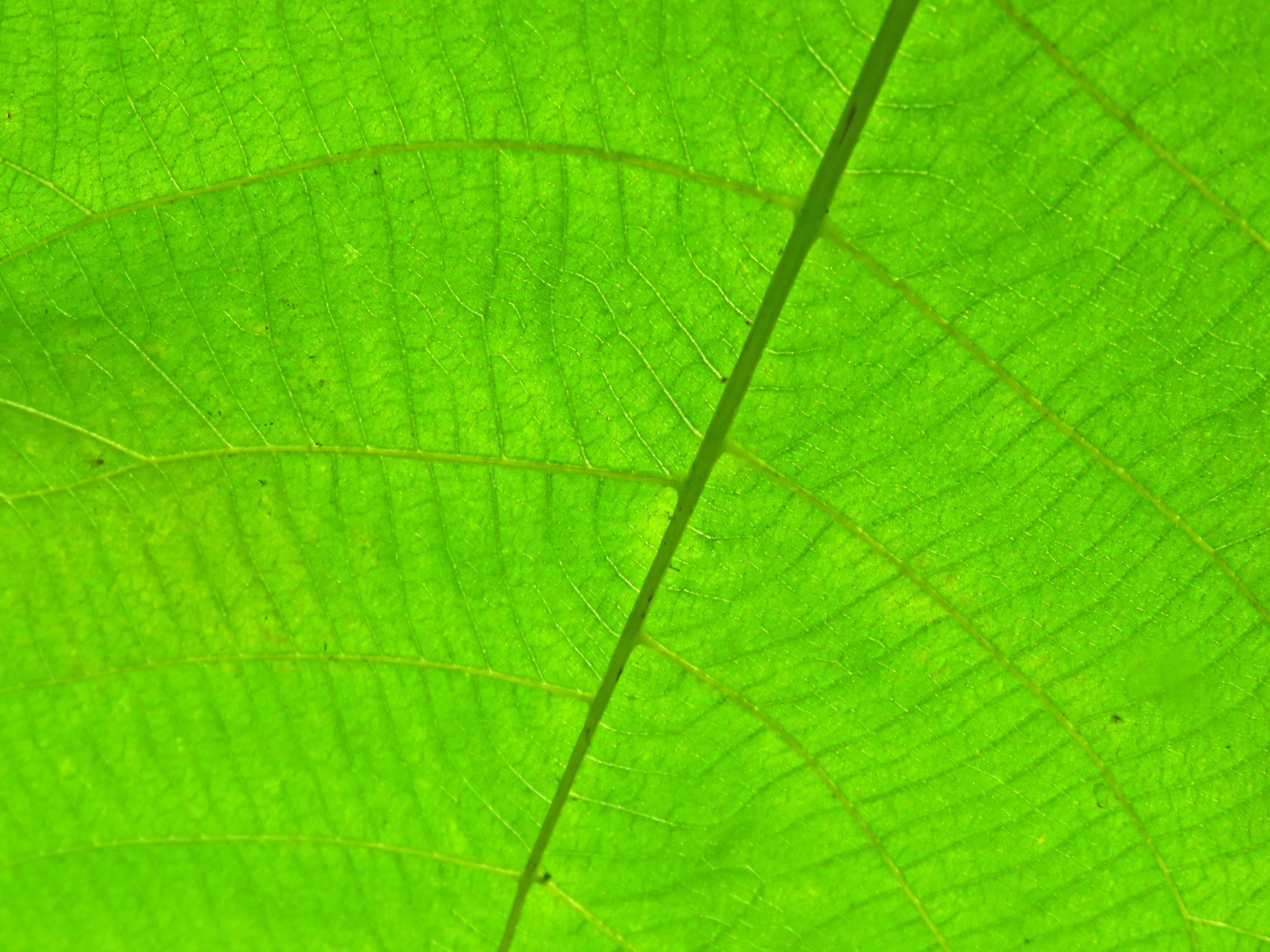 What’s all the hype?

At time of print the hashtag #Chlorophyll is trending and has had a whopping 148 million views as people film themselves trying out the latest health trend. Although, it appears its not that new after all and if it gets the youngsters drinking more water over their iced coffee then that can’t be all bad can it? but, what is it all about?

Even, my daughter has got me interested, hence this blog. My daughter is pretty savvy when it come’s to taking care of herself. She is super healthy (I am glad some of it got through!), she prepares amazing, healthy food, she exercises regularly and is a constant source of inspiration to me, so when Ruby wanted to try liquid Chlorophyll, I did some research.

Firstly, what is Chlorophyll?

Chlorophyll is a photoreceptor in plant cells that gives plants its intense green colour by trapping sunlight and turning it into energy for plant growth through the process of photosynthesis (remember that from chemistry days?).

Chlorophyll is very similar in structure to the haeme group found in the protein molecule haemoglobin which carries oxygen in human red blood cells except that in haeme the central atom is iron, whereas in chlorophyll it is magnesium.

When it comes to buying liquid chlorophyll it isn’t the same as found naturally in plants, it is actually a synthetic form called chlorophyllin; a mixture of water-soluble sodium copper salts derived from chlorophyll, supposedly making it more absorbable in the body.

In 1780, an English chemist called Joseph Priestley discovered that plants could “restore air which has been injured by the burning of candles.”  We know that a flame requires oxygen but in this early experiment, he used a mint plant, and placed it into an upturned glass jar in a vessel of water for several days. Expecting the plant to die he was surprised to find that the stagnant air inside the jar would “neither extinguish a candle, nor was it all inconvenient to a mouse which I put into it“. In other words, he discovered that plants produce oxygen.

This explains some of the health claims for chlorophyll’s ability to reduce body odour, bad breath, sweat, stools, urine, food odours and its use as a “natural deodorant”.

What are the health benefits?

Chlorophyll has powerful antioxidant and anti-inflammatory properties, its use as chlorphyllin for over 50 years to encourage wound healing and preventing bad smelling wounds has been well documented https://lpi.oregonstate.edu/mic/dietary-factors/phytochemicals/chlorophyll-chlorophyllin.

Chlorophyll’s action reducing inflammation and its ability to mop up free-radical damage is undeniable, but currently there aren’t enough human trials to substantiate its use for some of the more extravagant claims such as its cancer-fighting properties. However, limited data from animal studies suggest that chlorophyllin supplementation may decrease oxidative damage induced by chemical carcinogens and radiation.

Promoted as a green elixir cure-all, some of the  health claims as reported over the internet and on TikTok are its ability to promote the production of red blood cells, help weight loss, reduce toxins in the intestine, kill off fungus and yeast, cure halitosis and acne, but how true are these claims? I did the research and found very limited evidence supporting any of these claims but I did uncover a few health benefits that might have some validity.

If it’s good enough for the actress Reese Witherspoon then its good enough for me. She claims that when she adds it to her water her acne clears up and she may be onto something. However, looking at the science, the evidence is scant but I did find a tiny trial on just 10 subjects for the treatment of mild to moderate acne and large, visible pores.  Each subject was supplied with the test product, a topical gel containing a liposomal dispersion of sodium copper chlorophyllin complex (0.1%) told to apply a small amount to the facial area twice daily for 3 weeks. The subject questionnaires showed the test product was highly rated.

The downside: tiny trial on just 10 people, subjects self-reported results, the topical treatment was only treating mild acne and enlarged pores so it may not be the cure-all for more severe cases of acne. https://pubmed.ncbi.nlm.nih.gov/26091384/

So, can taking chlorophyll cure halitosis? and BO? The only study available was from 1951! However, there was evidence of its use in a nursing home in 1980 who tested administered chlorophyllin capsules in a group of geriatric patients.  “The administration of chlorophyllin tablets was found to be helpful in controlling body and fecal odours”

While many TikTokers turn to chlorophyll as a weight loss aid or to reduce bloating, whilst they are gulping down the green stuff, there is little research linking chlorophyll with weight loss other than this one study that I could find…

Let’s take a look at that study in more detail.

“38 women (40-65 years of age, body mass index 25-33 kg/m(2)) were randomised to dietary supplementation with either green-plant membranes (5 g) or placebo, consumed once daily before breakfast for 12 weeks. All individuals were instructed to follow a three-meal per day without any snacking between the meals and to increase their physical activity. “

Result: In conclusion, addition of green-plant membranes as a dietary supplement once daily induces weight loss, improves obesity-related risk-factors. But, in this study the participants were taking a whopping 5g daily before breakfast! That is a lot of capsules required to reach 5 grams, every day for 12 weeks. https://pubmed.ncbi.nlm.nih.gov/24993695/

This outcome may be attributed to the increase in a hormone called Glucagon-like peptide 1 (GLP-1) a hormone produced in the gut and released in response to food, reducing appetite and enhances the release of insulin. This hormone increases after eating green vegetables was further demonstrated in another study where participants were asked to eat a salad of green leaves before their main meal. They all lost weight too. https://www.ncbi.nlm.nih.gov/pmc/articles/PMC3882489/

Strategies that are easy to implement that focus on healthy eating rather than weight loss alone are much more likely to be successful and are the focus for longterm weight loss results that I teach in my 4-week online metabolic reset programme; Eat Better Feel Better which starts soon.

There is some anecdotal claims that may suggest chlorophyll helps to feed beneficial species of bacteria in the gut and helps to remove some of the toxins that less helpful strains can produce, however, the evidence is scarce in humans.

The undeniable evidence that is bountiful is also very simple is including green, leafy veg and salad leaves that should be part of any healthy diet. Health claims for eating more green vegetables is strong, diverse and well-supported includes; weight loss, reduced blood pressure, cholesterol, improved heart health, skin, reducing inflammatory conditions, reduced risk of diabetes and cancer, and we know it improves the health and balance of your gut microbiome reducing IBS-symptoms. There is so much evidence for including green veg that it simply can’t be argued with.

Where can I get chlorophyll naturally?

This table gives you an idea of how much naturally occurring chlorophyll you can get from some common green veg and salad items.

Other great sources of chlorophyll are found naturally in your garden; stinging nettles and dandelion leaves are packed with the green molecule and are attributed with many additional health benefits. Simply pick a few dandelion leaves (obviously make sure that pets haven’t been able to wee on them) and use gardening gloves to collect your nettles which you can cook like spinach or add to soups (the cooking process kills the sting; I promise!).

I found an interesting article that compared chlorophyll content before and after freezing. This is what the authors of the article “PIGMENTS CONTENT IN DIFFERENT PROCESSED EDIBLE WILD PLANTS” by Baiba Ozola, Ingrida Augspole, Mara Duma go on to say.

“We had observed that after freezing it is possible to extract more pigments from plants compared with fresh materials. Content of chlorophyll increased from 1.4 times (stinging nettle) till 1.8 times (common goutweed).”

Now, I had to look up goutweed, and it sounds like it might be a pretty tasty plant growing in our gardens also called ground elder, but my fears of picking something poisonous prevents me from venturing beyond stinging nettles and dandelion leaves at this stage.

There is limited evidence to support the use of chlorophyll as a supplement for any of the above claims although on the other hand, there is also no evidence that it causes harm. It is always advisable to check with your GP before taking any supplements and avoid during pregnancy and lactation.

There does seem to be some support for its use in reducing enlarged pores and mild acne when applied topically and is likely to give you a “fresher-smelling” poo! And may even turn your urine a pretty shade of green.

To wrap up, liquid chlorophyll supplement may help you get an additional dose of healthy greens but this reductionist approach to nutrition means you may be missing out on wider benefits. The chlorophyll is just one isolated part of the entire plant which contains many other valuable nutrients; vitamins, minerals, polyphenols, and let’s not forget fibre! Plant molecules work in harmony and are often better absorbed when eaten in their natural, entire state. Eating the whole leaf is a lot cheaper, a lot more available, a natural gut stimulant, provides great fodder for your good gut bugs and adds bulk to your stool aiding a healthy bowel movement; that in my mind, is the best natural internal deodorant.

Dandelion leaves it is then.

Thanks for reading, I hope you found the article interesting. To ask me any of your health-related questions Contact Me

Make sure you are subscribed to my newsletter for exclusive nutrition news, tips and healthy recipes Subscribe.

2 Replies to “Why are TikTok’ers drinking Chlorophyll”